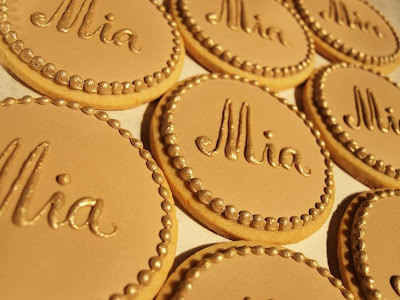 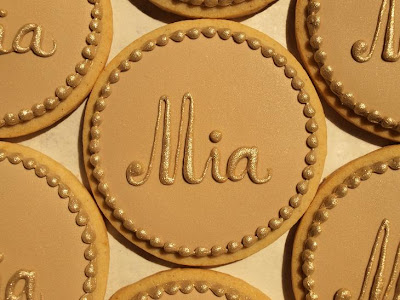 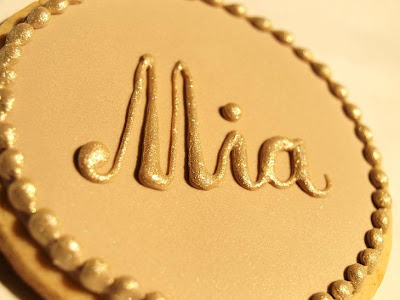 I recently worked on a cookie order using an image sent to me by event planner, Amy DiTomasso of Sugar Chic Designs. Although challenging, this project was definitely one of my favorites. 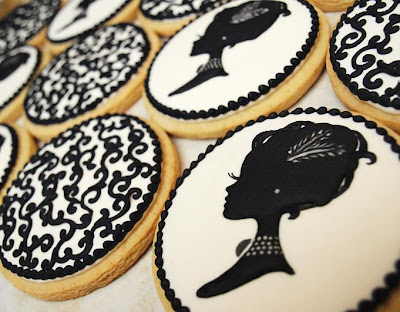 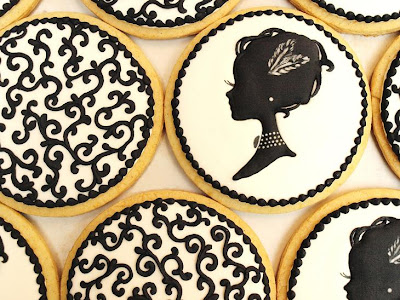 In order to replicate the cameo image for the cookie, I created a template by printing multiple cameos on one sheet of paper and placing it on the back of a sheet tray. I then covered the template with a sheet of acetate and secured it with tape to keep it in place while I piped the design.

I then used thinned black royal icing and a tip 1 to outline and fill in the cameo, avoiding the eyelashes and wisps of hair, which were added later. I then piped the feather, necklace and earring using thinned white icing and tip 1 while the black icing was still wet. In order to get the feathered look, I used a scribe to pull the white icing outward immediately after it was piped. A toothpick would also work for this method. I prefer the scribe because the tip is very thin - much like a needle.

The next step was to ice the cookies in thinned white icing. I let the icing set for just a few minutes and then carefully placed the cameos on the cookies. Once the icing was completely dry, I went back with a tip 1 with thinned black icing to add the wisps of hair. The eyelashes were drawn with an edible ink marker and the bead border was piped with a tip 2. 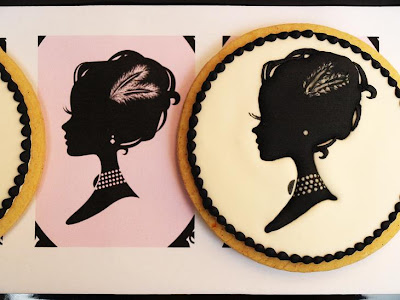 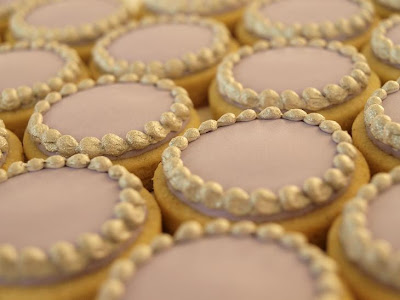 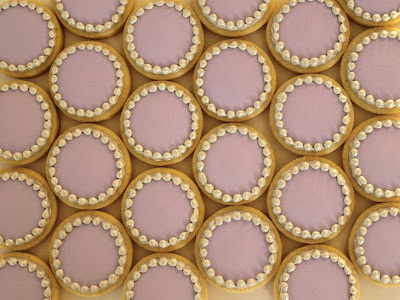 Posted by Amber Spiegel at 8:13 AM No comments: 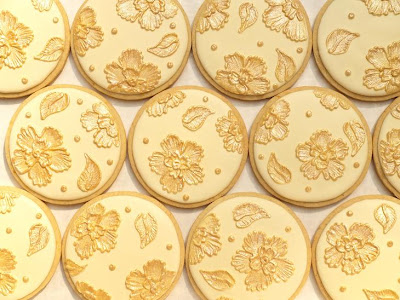 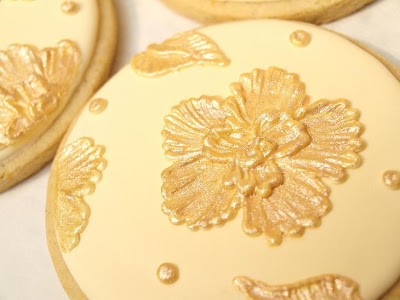 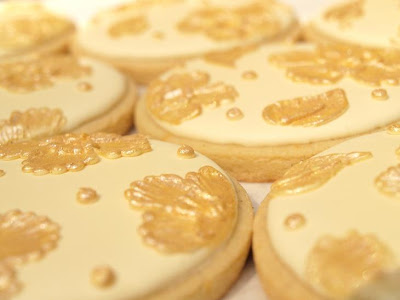 Available in my Etsy Shop! 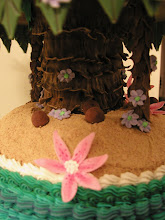 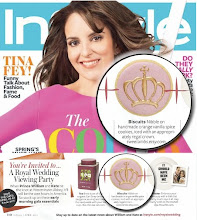 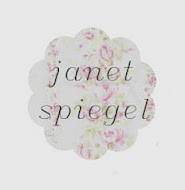